Monarch Title Company is proud to support many Missouri communities  through our dedication to philanthropic initiatives. Our staff is involved in their own communities through serving as board members, providing physical and monetary donations, and volunteering their time. It’s important to our company that we help the communities we live and work in thrive.

At Monarch Title, we make it easy for you to place your order.

A real estate transaction checklist simplifies the home-buying process by giving you and your client a guide to follow.. Download your free checklist and never miss a thing!

Chuck Bowman is the president and chief executive officer for Monarch Title Company, Inc. in Columbia, Missouri, with branch offices in Boonville, Brookfield, and Jefferson City. The company was founded in 2001, and he has been a shareholder since 2002, and has been in the role of president since 2012. He and his wife, Pam, bought the company in January 2020.

As president/CEO of Monarch Title, he feels it is essential as a leader to give back to the community he lives in. He currently serves on five board of directors for non-profit organizations that all provide great community service in his community, including First Chance for Children, Crimestoppers, Multiple Employer Welfare Arrangement (MEWA), through the Missouri Chamber of Commerce, Rural Missouri Incorporated (RMI), and Missouri Land Title Association. He also was past chair of Job Point and currently serves on their finance committee.

He is most proud of the team he has at Monarch Title. He has managed people and projects throughout his career, but his current staff is the best team he has ever had the privilege to lead. He always reminds his staff and people outside of the organization that a company’s most important asset is the people within the organization, and how their culture and values align as a group. He feels his greatest performance indicator for his company is when his staff are willing to question the status quo and make suggestions without fear of rejection.

Chuck is active in sports — he enjoys a number of sports and outdoor activities, including fly fishing, golf, tennis, racquetball, working out, and traveling. 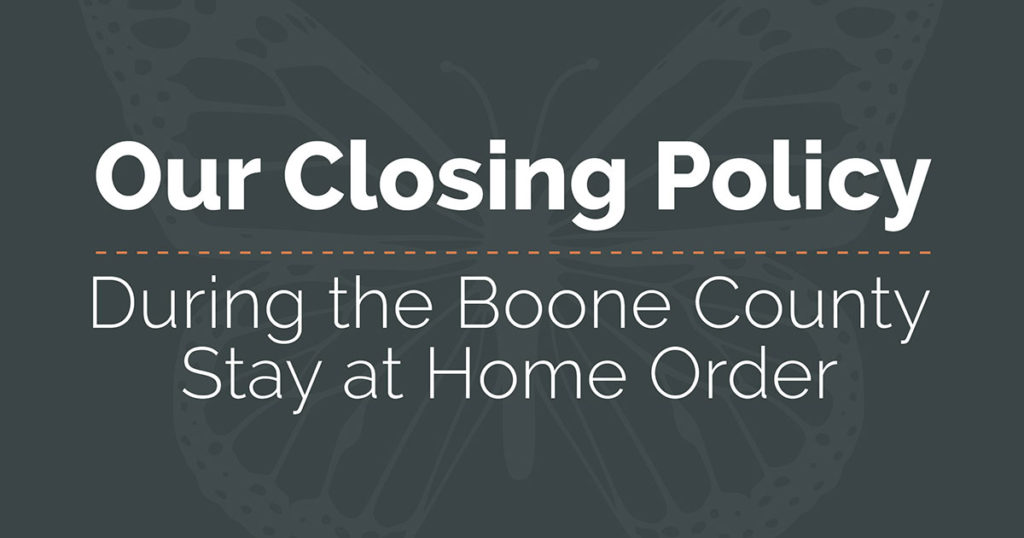 Monarch Title would like to thank each of our customers for being flexible during this COVID pandemic by working with us to conduct closings curbside. We know it isn’t the most ideal situation but it has provided us the ability to ensure your safety and our staff. We are continuously looking at our process and policy during this pandemic and we feel it will be best to continue the closings curbside through October. We know winter is coming so we will have to accommodate inside closings, we will want to keep the number of people attending a closing to a minimum by closing with the buyers and sellers in a separate closing room. Thank you for cooperating with us during this challenging time and we appreciate your business.

Monarch Title remains committed to serving our community during this time. To learn more and read our closing policy, visit our blog.

To sign up for the Monarch Title newsletter, please provide the following information. You will receive an email confirmation shortly.